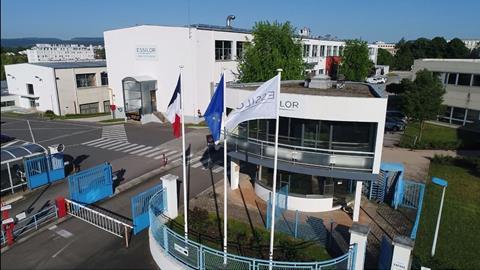 EssilorLuxottica announced earlier this week the creation of a smart eyewear innovation center in France. Located at the group’s production site in Dijon, the new Smart Eyewear Technologies Center aims at reinforcing the company’s expertise and expanding its capabilities in electrochromic – electronically-powered and automated change of the tint of the lens – and smart glasses’ technology.

The innovation hub will work in collaboration with the other R&D and industrial sites of the group, in particular those located in France, in Toulouse and Créteil, and in Agordo, Italy. EssilorLuxottica said that its Smart Eyewear Technologies Center would bring together more than 50 industry experts covering the entire value chain, from upstream research to production.

As part of this project, significant investments have been earmarked by the group for the end of this year, including the recruitment of additional team members, the expansion of the existing site and the creation of a high-grade clean room – a facility designed at keeping extreme cleanliness level to conduct research or assembling of microelectronic components.

EssilorLuxottica has been investing in smart eyewear developments for more than ten years, building partnerships with public organizations such as the French National Centre for Scientific Research or the University of Huddersfield in the U.K. The group also collaborated with private companies including some of the global leaders in the digital area such as Google, Intel or Facebook.

The group stressed that smart eyewear was a complex category as it required the combination of active and corrective lenses, sophisticated frames, electronics and software in one single product. It said that the first products would be launched in the near future, possibly including the first FaceBook/Ray-Ban cobranded smart glasses.

EssilorLuxottica highlighted that the creation of the new innovation hub was part of a broader and strategic investment plan in France, as also reflected in the previously announced building of a state-of-the-art prescription laboratory in Wissous by 2024. Following the end of the dual governance era last May and the appointment of Francesco Milleri as the single CEO of the group, concerns have been voiced in France by Essilor trade unions about a possible transfer of key activities to Italy.