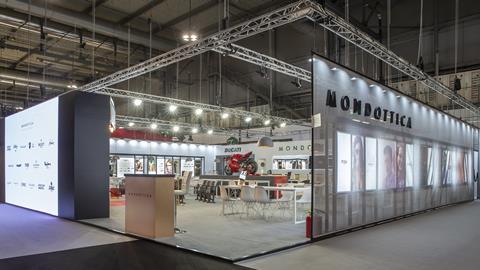 Mondottica International, the eyewear company specializing in licensed eyewear, is preparing for the launch of its first Vivienne Westwood eyewear collections in the second half of the year. The new license is the first addition to the Hong Kong-based company’s portfolio since the departure of Michael Jardine, founder and former CEO, at the start of last year and the change of ownership that followed.

Tony Pessok, a specialist in fashion licensing who joined Mondottica in 2019 and became the group’s CEO in January last year, told us that the company would increase its focus on its core know-how, i.e. interpreting fashion brands and translating their identity into eyewear products.

The company has actually streamlined its portfolio in the last couple of years with the discontinuation of its Zoobug partnership and its Spine house brand, and the Ducati license that is expiring at the end of the current year will not be extended. The group also sold at the end of last year its stake into Gem Optics to the manager of the French company.

While aiming at building its portfolio around international brands with a strong identity, Mondottica is also looking at partners that have a strong presence within a territory where it is well established. In the case of Vivienne Westwood, the brand’s history and business are closely linked to the city of London, and more generally the U.K., where Mondottica has its European headquarters, including its brand and design offices.

Another reason for the good match between both companies is Vivienne Westwood’s advocacy for positive cultural changes, in particular on environmental issues, Pessok added. Both partners are working on a fully sustainable collection, including eco-friendly frames, cases and point of sales’ material. Mondottica has been working on an increased number of green products with Eastman’s Acetate Renew material recently and the group is aiming at becoming fully sustainable in the next two to three years.

Mondottica will first launch the new licensed brand in Asia, a region where Vivienne Westood is also solidly implanted, in the fourth quarter of this year. European distribution will follow in the second quarter of next year. The launch in the U.S. has not been scheduled yet. Consistently with the brand’s positioning, Vivienne Westwood eyewear will retail from £165 (€192-$230) to £225 (€262-$313).

Pessok told us that Mondottica had agreed on an exclusive distribution deal of the Vivienne Westwood eyeglasses’ collection with a yet to be announced international optical retail chain, on a country-by-country basis. As for sunglasses, the company has selected several luxury boutiques that are already selling the brand’s fashion collections and have committed to carrying the eyewear collection as well. Sunglasses will also be sold directly at Vivienne Westwood’s directly operated stores and e-commerce website.

Except for a few inventory sales on e-commerce fashion websites such as Next or Asos in the U.K., Mondottica does not work on a direct-to-consumer model but relies on the licensed brand stores and websites for that part of its activity. However, as this only includes the sunglasses’ offering, the share of this sale channel remains marginal in Mondottica’s overall business. At group level, sales of sunglasses account for roughly a fourth of Mondottica’s revenues and DTC sales through licensed brands for only about 10 percent of that amount.

As independent opticians represent a large share of the company’s business in France, Mondottica had to reorganize its presence in the country after the implementation of Brexit and related constraints. The company decided at the end of last year to merge its French subsidiary with the Yves Cogan business, which was acquired in 2017, in a unique entity named CoMo. The group also built a new warehouse at its Jura location in order to better serve French opticians and to simplify administrative procedures.

Besides France and the U.K., Mondottica operates European subsidiaries in Italy and in Spain. The group also runs a joint venture in Germany with eyewear company Ferdinand Menrad, which is handling the distribution of Mondottica’s portfolio in Germany and other neighboring countries for some licensed brands.

Ferdinand Menrad is also a majority shareholder in the group, equally with Capital Eyes Holding, an investment vehicle for a group of Hong Kong-based private equity investors. Ross Holdings, a company owned by former Viva CEO Harvey Ross, also holds a significant stake in the company.

Overall, Mondottica is present in 80 countries worldwide with two other subsidiaries in the U.S., one in New York for the American market and one in Florida for Latin America, four joint ventures in Australia, India, Japan and Russia, and numerous distributors or sales representatives in other countries. The group has approximatively 150 employees.

Pessok told us that Mondottica’s revenues went down by 25 percent last year as compared to 2019, because of the Covid-19 crisis’ impact on the overall business and in particular on the company’s travel retail segment, which accounts for about 10 percent of the group’s sales. However, he added that the group was on track to returning close to pre-pandemic sales figures in 2021, in spite of partly lingering business restrictions, and that a double-digit growth was expected for 2022.