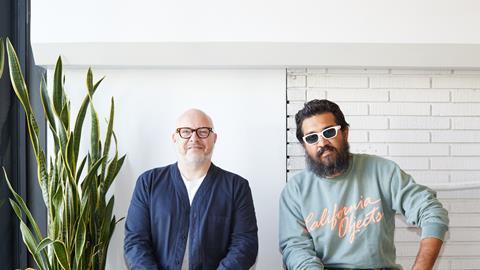 Garret Leight Califiornia Optical (GLCO), the Los Angeles-based eyewear brand, has announced a strategic investment by The Untitled Group, an investment company specializing in consumer brands based in New York. According to the terms of the agreement, Untitled is investing $20 million in exchange for a majority share in the company while Garrett Leight, GLCO’s founder will retain a significant stake.

Beyond its financial investment, Untitled is said to provide operational guidance and real estate expertise to GLCO. The company just recruited its new president, Barney Waters, a senior manager with more than ten years of experience in the sneaker industry at Puma and, since 2016, as president of the American brand K-Swiss.

Leight will remain a key executive in the new structure, focusing on collections’ development, store designs, partnerships and sustainability initiatives. GLCO will also recruit managers across multiple departments and create a board of directors, the company said. Josh Peskowitz, a fashion industry veteran with experience in both fashion magazines and retail, will act as a consultant for the team.

As a strategic investor in consumer brands with a retail presence, Untitled’s roadmap for the acquired GLCO is to accelerate the company’s direct-to-consumer growth, both online and offline. The new owners said that they were targeting a 20 percent revenue growth year over year, doubling the company’s volume over the next five years.

Founded in 2010 in Venice Beach, GLCO currently runs five proprietary stores in the U.S. and one in Canada, the first international shop for the brand which was opened earlier this year. The company also operates its own e-commerce website. With the financial backing of Untitled, GLCO is set to open several boutiques in the U.S. and abroad, starting with two new locations in New York and Los Angeles scheduled for the end of the year. The new business plan calls for the opening of ten to fifteen new retail locations in the next five years.

The brand, which designs and makes eyeglasses and sunglasses retailing at around $300-400, is also distributed in over 35 countries globally at high-end specialty retail and optical boutiques. GLCO operates a European subsidiary in Amsterdam, the Netherlands.