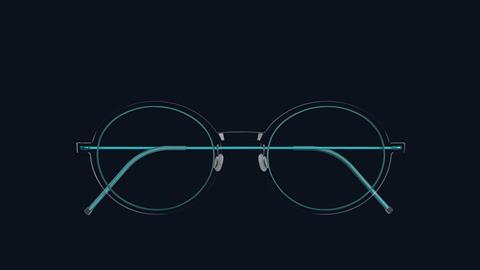 Kering Eyewear, an entity of the French luxury group Kering, announced on July 8 the acquisition from the Lindberg family of 100 percent of the share capital of LINDBERG, the Danish-based independent eyewear company. The details of the transaction, which is expected to complete later this year after regulatory clearance, have not been disclosed.

Founded in 1969 by Poul-Jørn Lindberg and his wife, the family-owned optical store has grown to become a multinational business and the largest independent luxury eyewear brand under the leadership of their son Henrik. The brand is renowned for its design-oriented and lightweight optical frames with a strong focus on titanium material, which the company offers in 35 colors.

Another trademark feature of the Lindberg brand is its ability to deliver highly personalized frames to its customers through a modular system enabling an almost infinite number of combinations of materials – not only titanium, but also acetate, buffalo horn, wood or precious metals, for example – and colors. Over the years, the company has also developed and patented its own manufacturing techniques and innovations such as hypoallergenic, multi-adjustable or screwless frames, reaping over 100 design awards. Lindberg frames usually retail from about €300 to more than €2,000, depending on the materials and the degree of personalization.

The investment marks a slight shift in Kering Eyewear’s strategy as, since the start of its business in 2014, the company had focused on luxury brands from Kering’s portfolio, like Gucci, Saint-Laurent or Balenciaga, and from its minority shareholder Richemont with licensed brands such as Cartier, Chloé and Montblanc.

Commenting on the takeover in the Financial Times, Roberto Vedovotto, CEO of Kering Eyewear, said that the company was potentially interested in further acquisitions if the right opportunities with desired brands came up. In the same interview, Vedovotto also estimated the global luxury market for eyewear at around $4 billion at retail level.

Beyond Lindberg’s design and technical know-hows, Kering Eyewear said that the Danish brand offered a unique combination of a sizable and very profitable company with strong growth potential.

Proff figures also indicate that LINDBERG’s profit ratios have remained stable at a high level during the past four years, with the company reporting a 43 percent gross margin and a 18 percent operating margin in 2019. However, it is not clear how it has withstood the Covid 19 crisis, as 2020 figures have not been released yet.

Kering Eyewear had reported €600 million in annual sales for 2019, before dropping to €487 million last year because of the pandemic.

Beyond its production center in Aarhus, LINDBERG operates a finishing unit in the Philippines as well as a sales office and call center in Shanghai, employing a total of 750 people globally including about 180 in Denmark. The brand is servicing around 6,500 retail partners in more than 135 countries. These include a dozen of longtime partner and independent stores trading under the “Lindberg by” banner, a label certificating that they match a list of qualitative criteria established by the company.

Kering Eyewear said that both companies would work on leveraging their respective strengths across the value chain, in particular trough synergies in their distribution and geographical reach.

Henrik Lindberg will continue to work as the company’s CEO until summer next year, when he plans to retire at the age of 67. In an interview with the Danish newspaper Horsens Folkeblad, Lindberg said that the family decided to hand over the company in the absence of obvious heirs, as the next generation is still young, adding that it was important to transmit the business to an eyewear industry player rather than a private equity fund.

Lindberg also told us that he chose Kering because of the group’s expertise in the luxury segment and its will to maintain the Danish brand’s DNA and philosophy.

Lindberg and Vedovotto have known each other since 2001. In an interview with the Italian newspaper La Republicca, the Italian manager said that he had always been passionate about LINDBERG and had actually tried to invest in the company several times when he was at the helm of Safilo. Lindberg commented that he was confident that the brand would be taken to new heights under Vedovotto’s leadership and backed by the impressive values and high standards of the Kering Group.

Discussions with Kering Eyewear started in 2019 and were momentarily paused because of the Covid-19 outbreak, before resuming early this year. Vedovotto also said in La Repubblica that the acquisition had been facilitated by a meeting between Lindberg and François-Henri Pinault during which they understood each other immediately.