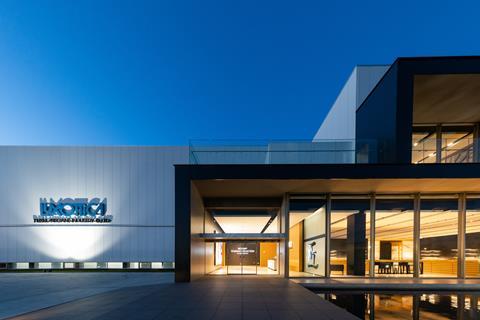 Luxottica Japan announced last month the opening of a new state-of-the-art factory in Fukui, the country’s cluster of eyewear frames’ manufacturers. The investment follows the acquisition of a majority stake in Fukui Megane in 2018, one of the Italian group’s suppliers for titanium and solid gold frames that had a workforce of about 100 people for roughly €15 million of annual revenues at the time.

Since then, Luxottica has invested to open the new plant and reorganize its production by adding its high-precision machines, digital tools and own processes to the Japanese artisanal skills, resulting in improved productivity and shorter lead times. The number of employees has already been doubled to 200 people and the company is recruiting more workers according to production plans. The current output has been raised to roughly 1,000 frames per day, said a spokesperson of the company.

The production in the new plant will focus on titanium frames, but will also include other precious metals such as solid gold. The company said it added more than 60 new styles per year from its global portfolio including Ray-Ban, Oliver Peoples, Alain Mikli, Persol, Stark and luxury brands such as Bulgari, Chanel, Giorgio Armani, Prasa, Stark and Tiffany. The collections of the group’s Japanese brand of women eyewear Nami, which was launched last year and is only available in Japan, are also designed and produced at the new site.

Built on the former premises of a driving school in the city of Sabae, the facility incorporates a product and research and development center, a showroom and a garden in a total area of 11,000 square meters. The design of the factory incorporates elements of nature in an authentic Japanese-style approach, the company said. 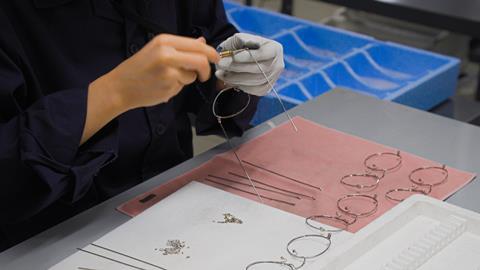