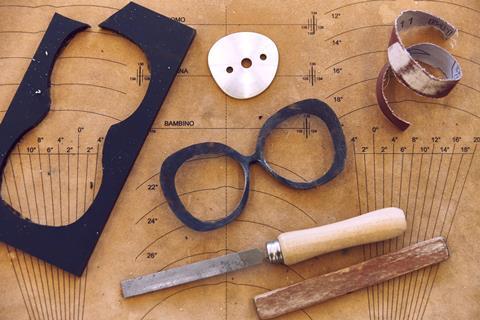 On June 11, the Italian entity of the EssilorLuxottica group announced the acquisition of a 35 percent share in Mazzucchelli 1849, the industry leader in the supply of high-end acetate sheets for the fabrication of eyewear frames. The balance of 65 percent of shares remains in the hands of the Orsi Mazzucchelli family, who has been leading the company for 170 years.

In their joint statement both companies said that Luxottica’s investment was part of a larger partnership whereby they would develop and produce in Mazzucchelli’s factories a highly sustainable type of acetate. Eco-friendly products have been gaining importance in Mazzucchelli 1849’s portfolio in recent years, and the association with Luxottica is expected to accelerate this strategic development.

According to a source close to the matter, both partners will focus on the development of new sustainable acetate, considering also a new process aimed at reducing energy and water consumption. This development is part of a larger industrial plan that will also address the question of wastes’ recycling in the Castiglione Olona production facilities. As the collaboration is still in its early stages, the first results are expected to be announced in 2022.

Mazzucchelli 1849 is renowned for its high-quality products, some of which – like its tortoiseshell acetate sheets – are said to have no equivalent on the market. According to several frame manufacturers, the company’s acetates also offer excellent dimensional stability, in particular during tumbling and polishing.

After a difficult year because of the Covid-19 impact on the eyewear industry, the company revenues in the sector slightly declined to approximatively €85 million in 2020, or about 10 percent higher than the last reported figure for 2017.

Luxottica’s investment in a key eyewear material supplier with a strong position in the upper segment of the market partly echoes the acquisition in 2018 of Barberini, the Italian supplier of high-end mineral lenses. That transaction was authorized after an antitrust probe, in which the Italian administration asked for guarantees that Barberini would supply lenses to Luxottica’s competitors.

In the case of the investment in Mazzucchelli 1849, however, the intervention of market regulators will probably not be required, as the Italian group’s participation in the company is limited to a minority share. It is nevertheless a substantial stake, and, although Luxottica’s main competitors declined to comment the news, some are probably concerned about their future supply of Mazzucchelli 1849 acetates.

Both partners actually addressed these concerns in their common announcement, stating that the transaction was purely financial and did not include any shareholder agreement whereby a director chosen by Luxottica would be appointed at Mazzucchelli, which will continue to be managed by the Orsi Mazzucchelli family.

The company told us that its current relationships with its customers on the commercial and product development sides will remain unchanged, and therefore confidential.

Another point highlighted by the press release is that the new type of eco-friendly acetate developed by Mazzucchelli 1849 will be made available to all market players. The company recently partnered with the specialty chemical group Eastman for the use of its Acetate Renew material, but the American company told us that it was not involved in the collaboration agreement between Luxottica and Mazzucchelli.