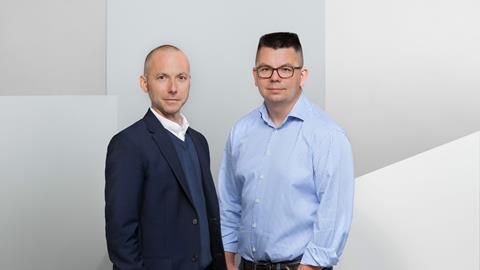 In a press release dated June 22, Mister Spex’ announced that its floatation at the Frankfurt stock exchange was scheduled for next week, July 2. The company set a price of between €23 and €27 for its initial public offering (IPO), corresponding to a valuation of up to €895 million. The offer period started on June 23 and is expected to end on June 30.

Mister Spex is targeting to raise around €250 million through the sale of 9.8 million shares from a capital increase, while 3.3 million shares from some of the current shareholders and 2.0 million additional shares will also be offered in the IPO. The company is currently owned by its co-founders Dirk Graber and Mirko Caspar, as well as by financial investors such as Goldman Sachs, ND Capital, Scottish Equity Partners and XAnge.

The funds raised through the IPO will be primarily used to accelerate the international expansion of the company, both online and offline, as well as for debt repayments.

EssilorLuxottica will be one of the so-called cornerstone investors in Mister Spex as the Italo-French group has already agreed to buy €50 million in shares, through its Dutch subsidiary Luxottica Holland B.V. which was already a shareholder. We estimate that, with the new investment, the group’s participation will increase to a share of about 10 percent in the German company. Besides the ecommerce websites of some of Luxottica’s brands, EssilorLuxottica is already present on the European online retail market through its own operations My Optique Group and Vision Direct in the U.K., as well as Lensway in Sweden.

The announcement comes only a few days after the long-planned acquisition of a majority share in GrandVision seems to have come to a halt earlier this week. Following a favorable decision in the arbitration proceedings against the Dutch-based retail group, EssilorLuxottica is now free to terminate the transaction and has announced that it was currently reviewing its options.

Other significant investors in Mister Spex’ IPO include financial companies Janus Henderson and M&G Investments which have committed to purchase €30 million in shares each.

As previously reported, Mister Spex recently opened its first brick-and-mortar stores outside Germany, in Sweden and Austria. The group, which increased its revenues by 18 percent year-on-year to €164 million in 2020, now operates a total of 40 directly owned stores and e-commerce websites in ten European countries, servicing more than 5 million customers.

The omnichannel retailer is still relatively small compared to other European-based retail players like GrandVision and Fielmann, with 2020 revenues of €3.5 billion and €1.6 billion respectively, or Specsavers which reported sales of £2.8 billion (€3.2bn-$3.9bn) in 2019. However, commenting on the announcement of the company’s IPO, Graber said that Mister Spex expected to gain market share in the growing European market.

The Berlin-based company also announced on the same day the appointments to its supervisory board of Nicola Brandolese, former managing director of Net a Porter, of Birgit Kretschmer, chief financial officer at C&A Europe and of Nicole Srock. Stanley, founder and CEO of the dan Perlman group of creative agencies.

On the other side of the Atlantic, Warby Parker declared in a very brief statement, released on June 22 also, that it had confidentially submitted a registration with the U.S. Security and Exchange Commission, the organization regulating the financial markets, in view of its future public listing. The announcement follows a report two months ago by Bloomberg News that the company was considering an Initial Public Offering (IPO).

Founded in 2010, Warby Parker has been one of the pioneers in the e-commerce of prescription eyewear and raised more than $500 million in successive rounds of funding. Initially a pure online retailer, the company progressively switched to an omnichannel business model and currently operates about 130 stores in the U.S. and Canada. Contrary to Mister Spex which offers a large selection of eyewear brands, including licensed eyewear, Warby Parker is entirely focusing on its private label.

As optical retail is progressively shifting to an omnichannel model, former pure online players have started opening more and more brick-and-mortar stores in the recent years, a strategy requiring important financial investments. The online competition has become even more intense in the last year and a half as the Covid-19 crisis led traditional optical retailers to boost their digital presence, and it is expected to accelerate in the next months, as reflected by the two almost simultaneous IPOs of Mister Spex and Warby Parker.