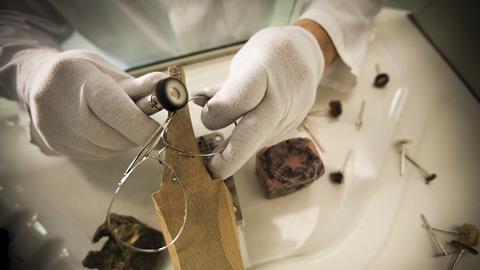 The board of directors of Safilo has decided to propose a share capital increase of up to €135 million, the company announced on June 30. The group said that the main objectives of the capital increase were the reimbursement of a shareholder loan to Multibrands, a subsidiary of HAL Holding, and the strengthening of the group’s capital structure in order to support future investments, possibly including new external growth opportunities. The operation could result in Multibrands, already a reference shareholder, taking a majority share in Safilo.

The Italian group had subscribed a €90 million loan from Multibrands last year in order to finance the acquisition of Blenders and Privé Revaux, two U.S.-based eyewear ecommerce players. The loan, which was scheduled to mature by the end of 2026, came with a 9 percent annual interest rate and a quick repayment will also allow Safilo to limit its financial charges as part of its wider cost savings plan.

Multibrands, which currently owns a 49.84 percent share in the Italian group, has agreed to support the capital increase by subscribing for the new shares underlying the options rights relating to its existing stake. Furthermore, HAL Holding’s subsidiary has committed to purchase any new shares that would remain unsubscribed after the offer on the stock exchange, subject to an agreement with Safilo on the issue price.

In other words, HAL Holding, which is just about to sell its majority stake in GrandVision to EssilorLuxottica, could see its share in Safilo rise above 50 percent and thus take control of the Italian company, without having to launch a mandatory tender offer on all the shares of the company.

Safilo plans to complete the operation in the second half of the current year, after approvals by its shareholders during an extraordinary meeting scheduled on July 30, 2021, and by CONSOB, the Italian financial markets’ regulator.

The Italian group also announced that, based on preliminary data, its total revenues for the second quarter of 2021 are expected to grow at a high single digit rate as compared to the same quarter in 2019, thanks to a continuing momentum in its North American business. The company will release its H1 2021 financial results on Aug. 3, a few days after the extraordinary shareholders’ meeting.