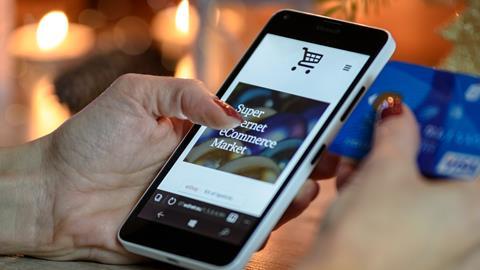 The Vision Council has released the latest edition of its Internet Influence Report, a research conducted in December 2020 among 4,909 U.S. adult consumers and aimed at measuring the role of internet in their recent eyewear purchases. This edition follows previous reports published in 2017 and 2020 that provide a comparison basis.

According to Steve Kodey, senior director of industry research at the U.S. organization, even if the level of online buying observed during the first months of the Covid-19 crisis has partly receded in 2021 with the brick-and-mortar shops back in operation, it remains largely higher than in pre-pandemic times.

The Vision Council’s research teams found out that the number of consumers who used the internet at some point in their acquisition of prescription eyewear doubled from 22 percent in 2017 to 44 percent in 2020. Among eyeglass buyers, 30 percent said that they used the Internet to compare prices, find their style of frames or locate the eyecare professional they will buy from.

This trend is expected to keep growing as a record 80 percent of consumers who recently bought eyewear said they would use the internet for assistance in their future purchases. If that trend is widely shared across all consumer groups, the report highlighted that it was particularly true for certain demographics such as men, younger Americans, people from households with annual income over $60,000, residents of the Northeast region of the U.S., as well as people who previously purchased from brick-and-mortar retail chains in the past.

The report also shows that 14.1 percent of consumers who purchased prescription eyewear in 2020 bought them directly online. These consumers tend to buy mainly from pure online optical retailers such as Zenni, Glasses.com, Frames Direct or EyeBuyDirect, but that ratio actually declined from 66 percent in 2018 to 46 percent in 2020. The association further commented that omnichannel optical specialist retailers picked up some of these customers, increasing their share of online buyers to 15 percent.

Meanwhile, general online retailers like Amazon, Overstock and Buy.com, and online auction sites such as eBay increased their share of online purchases of eyewear in 2020 to 8 percent and 5 percent respectively, as some customers buy their frames on these platforms to have them fitted with RX lenses later.

The Internet Influence Report is free to Vision Council members and is available to purchase by non-members.