Hoya has announced the appointment of Alexandre Montague as the new CEO of Hoya Vision Care, the lens division of the Japanese group. The French eyewear industry veteran started in this position in August, after spending six months at the helm of Hoya Eye Care, the company managing the contact lenses’ retail business under the Eyecity banner in Japan. 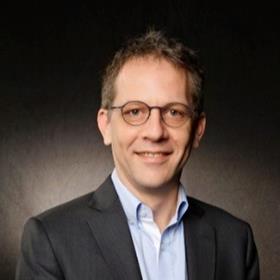 Early in his career, Montague spent about eight years in Asia working for Carl Zeiss Vision and climbed up the ranks to become the German brand’s managing director for Japan and Korea. He subsequently joined the Essilor group, holding various management positions in Asia and other regions before being appointed managing director of Essilor France in 2017, a position he held for two years.

Montague’s current responsibilities mostly include the eyeglass lenses’ business of the Japanese group under the Hoya, Seiko and Pentax brands, as well as the Yuniku project for 3D-printed eyewear and the contact lenses’ production activities, but that does not comprise the Eyecity retail chain. The Frenchman is based in Singapore and reports directly to Hiroshi Suzuki, the group’s CEO who had been managing Hoya Vision Care on a transition basis for the last year and a half.

In one of its first moves since Montague’s appointment, Hoya Vision Care has decided to launch a new brand positioning through a global communication campaign called “For the Visionaries.” The campaign aims at reinforcing and highlighting the relations between the company and eye care professionals (ECPs). According to the new CEO, supporting ECPs in their daily mission is in the brand’s DNA as “we see the world through their eyes.”

To that end, Hoya Vision Care is launching in the U.S. a new online platform called Hoya Hub, which will serve as a unique access point for ECPs to connect with the brand for all matters regarding products, offers, sales tools, orders, etc. The Hoya Hub will soon be enhanced with specific educational programs and will be rolled out globally in the next months. A new order system will also be implemented by the end of the year.

On the products’ side, Hoya Vision Care has launched earlier this month in Europe a new Seiko progressive lens, called Seiko Brilliance. A new version of Hoya’s Sensity photochromic lens will also be launched internationally in the next months.

The brand has also great ambitions for its MiYoSmart lens for children that recently received a Silmo d’Or award. Developed together with the research department of the Hong Kong Polytechnic University, the lens integrates a proprietary technology called DIMS (Defocus Incorporated Multiple Segments) that is said to curb myopia progression in children by 60 percent on average.

It is not exactly a new product for Hoya as it was first launched in July 2018 in China, where the first distribution circuit for this lens was hospitals. However, Montague told us, MiYoSmart is a complicated product to launch as it requires strong connections with the medical community and specific training programs for opticians. Therefore, the company is launching it progressively rather than globally. So far, the MiYSmart lens has been launched in Hong Kong, Singapore, Canada as well as in France, most recently. Taiwan and South Korea will join that list soon.

In terms of supply chain, Montague confirmed that all the group’s factories were back to normal output levels, under strict sanitary rules, and that the most challenging part had become shipping rather than production. The group has about 50 lens factories worldwide, the most important ones being located in Thailand, Vietnam, the Philippines, Japan, the U.S, and Hungary for the European region.

Ahead of the company’s quarterly results scheduled to be announced next week, Montague did not disclose specific figures but confirmed a very significant rebound in sales since mid-June, largely driven by independent opticians who represent more than half of Hoya Vision Care’s revenues. In Europe, France and Germany, where Fielmann is an important partner, were among the most dynamic countries.

Montague did not comment specifically on the GrandVision situation, except by saying that the retail group remains an important client that Hoya keeps servicing as well as possible.