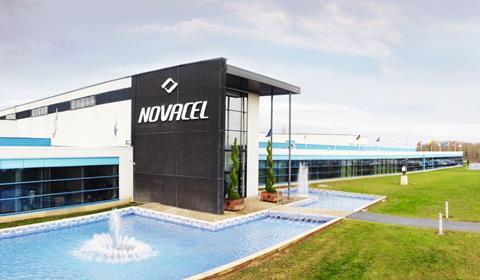 The French-based lens maker Novacel almost put a final touch to its European distribution network for the German licensed brand Leica Eyecare, with the implementation of a network of regional distributors in Italy. Leica lenses are now available throughout Europe except for Denmark, Norway, Slovenia, Serbia, Bosnia-Herzegovina, Montenegro, Macedonia and Albania.

Novacel initially signed the license agreement with the Leica brand in 2017 and started its distribution in France in 2018, followed by Belgium, Germany and Switzerland through its local subsidiaries. The company later started to enter European countries where it does not have a direct presence, signing distribution agreements with locally established wholesalers, such as in Portugal with DMDI, or exclusive partnerships with local retail chains like Papadiamantopoulos in Greece, for example.

According to Jenkiz Saillet, CEO of Novacel, the Leica Eyecare business gained a lot of international interest after the brand received the Silmo d’Or award in 2019 for its Variovid Volterra Continuum, a progressive lens said to reduce optical aberrations by 50 to 65 percent. Annual sales of Leica Eyecare lenses grew to €7 million last year, with half the total coming from subsidiary markets, and are expected to reach €10 million at the end of 2021. The license deal with the German brand is expiring in 2022 but Saillet is confident that it will be renewed.

Providing an update on the group’s results, Saillet told us that, after several years of double-digit growth, Novacel’s business had been slowed down by the impact of the Covid-19 crisis, with overall annual sales inching up by 1 percent to €130 million last year as compared to 2019. Novacel-branded products are almost exclusively sold in France and export sales represent less than 20 percent of the group’s revenues, mostly through Leica Eyecare.

Sales of lenses, which account for 80 percent of the company’s total revenues, grew by 4 percent in 2020, while the optical equipment distribution and the contact lenses’ units both declined by 10 percent. According to figures announced by GFK last month, the market for eyeglass lenses in France declined by 8 percent in value in 2020, which would mean that Novacel’s market share increased significantly last year. Saillet estimates that it currently stands at around 15 percent, with close to 8 million lenses sold last year. The company is still owned at 75 percent by Essilor since 2007, with the remaining shares in the hand of Roger Düning, its chairman.

In terms of product mix, progressive lenses represent 35 percent of overall lenses’ sales, a stable figure in the last years according to Saillet, and 55 percent for the Leica Eyecare brand. In January, Novacel launched a new progressive lens, called Eden Zeta, with a production target of 200,000 pieces for 2021.

For the launch of the new lens, Novacel advertised on a French national TV channel for the first time in its history. The company, which just hired a press relation agency, wants to raise its brand awareness among French consumers, highlighting its commitment to the production of lenses in France, with the Origine France Garantie label, and its sustainability policy. During a recent interview in a business TV broadcast, Saillet said that Novacel’s factory decreased its water and electric consumption by 50 percent and 40 percent, respectively, last year.